[LEAK] ONE PUNCH MAN Season 3 to be animated by MAPPA! Get all details about its Release date, Spoilers, Trailer, & Cast!

Since the release of One Punch Man, it has been quite an overnight success among anime lovers and fans. They are eagerly waiting for the announcement of the release date of One Punch Man Season 3 hoping to happen in 2022. We know for sure that it is coming but the million-dollar question remains when will it happen?

One-Punch Man initially started as a webcomic Japanese manga series based on the superhero franchise written by artist ONE and illustrated by artist Yusuke Murata. The popularity was such that it had to be published in tankonbon manga volumes later on.

The manga is published by Shueisha in the magazine Tonari no Young Jump. Viz Media publishes the English adaptation in the English magazine Weekly Shonen Jump, and since 2012 this manga currently has 24 tankonbon volumes. The manga has gained a lot of admiration over the last two years, and so here are a lot of things you need to know about the upcoming season before it is released.

One Punch Man anime adaptation by Madhouse Production is rated 8.51 on MAL and 8.8 on IMDB.

You can join a Discord server to stay up to date on the news!

When is the One Punch Man Season 3 release date?

The official Twitter account of One Punch Man has already hinted for Season 3.Comicbook.com had earlier reported that “the 2nd round is concluded, yet One-Punch is not over, we will do our best to deliver the anime again!”

The creators have confirmed that production has finally begun after much wait. But we are yet to get an official word on it. One Punch Man Season 3 release has been confirmed by the makers on 18th August but the date has not been revealed. It was officially confirmed Animation “One Punch Man” 3rd stage production.

A new teaser visual drawn by Oath Kubota, who was in charge of character design for the first and second seasons, has been released! Follow-up information will be announced on the official website and official SNS from time to time Site

Last year it was heard that the anime production has to be pushed because of the incomplete source material. The creators wanted the Monsters Association Arc to finish to be covered in Season 3. The arc was supposedly part of One-Punch Man Volume 24 which got released in mid-2021.

One Punch Man Season 3 release is speculated for the Summer 2023 or Fall 2023 anime calendar. The hypothesis is based on the earlier 4 years gap between the release of One Punch-Man Season 1 and Season 2. Though the undue delay between the first two seasons was due to the change in the production team from Madhouse to J.C. Staff. But, we all are anticipating that One Punch Man 3 news should be announced any time soon.

Where can you watch One Punch Man Season 3?

Season 1 was released in October 2015 and One Punch Man 2 in April 2019. The TV broadcast was done on TV Tokyo, and English networks are Animax Asia and Adult Swim or Toonami. One Punch-Man Season 3 is also more likely to have the same licensor and networks. Although there’s no update about the announcement of the trailer or official release, it is expected to be one soon since production has commenced.

One Punch Man Season 3 can be watched on TV Tokyo network. Adult Swim or Toonami is expected to broadcast the anime once it gets released. It is likely to stream on online giant streaming platforms like Netflix, Crunchyroll, and Hulu.

Various DVDs are also available for both seasons if you really like the anime series, and many OVAs are included with this.

How many One Punch Man Season 3 episodes are expected?

One Punch Man anime is an action and comedy genre. Fortunately for the fans, the One-Punch Man manga is still pretty popular and therefore it may run for more time. One-Punch Man Season 1 anime wrapped up the first 7 tankonbon volumes whereas Season 2 covered Volume 8 to halfway through Volume 17.

As of December 2021, the One Punch Man manga series has been compiled into 24 tankōbon volumes. 23 of these volumes have been translated into English. One Punch Man anime franchise has still 7 volumes to be covered. The manga material is sufficient in itself to make up 12-14 episodes in one season.

Currently, the manga is running into Chapter Number 156 and it is likely that Volume 24 or Volume 25 might carry the climax for the current arc. It is perfectly logical that One Punch-Man Season 3 is getting delayed until sufficient source material is ready to get animated.

What will be the One Punch Man Season 3 plot?

It portrays the story of Saitama, who became an extremely powerful superhero after training hard for three years with extreme dedication. Saitama turned out to be so relentlessly powerful that he could defeat any opponent with just a single punch. But because of his enormous strength, he had to face the unexpected problem of not finding any mighty enough opponent who could push his limits. He fights with new and different enemies regularly, but none among them can challenge him, and he ends up defeating them with a single punch. So apparently, being incredibly powerful has been quite boring for him.

Garou, a human who desires to be a monster in response to his childhood trauma, will be evolving as a strong opponent of the protagonist Saitama and viewers will get to see a larger screen time of Garou. Garou had already defeated many heroes, so the Monster association asked him to join them to destroy the hero association.

As the demons will be getting stronger than ever, hero associations will also try to prevent them. Maybe Saitama will have a hard time defeating his opponent with a single punch, and he will have to face a lot of adversities ahead. So the hero association will assemble all the S-Class heroes to fight against the monsters. Garou will accept the offer of joining the Monster Association and will surely upgrade himself to be a very powerful monster.

Whereas the deuteragonist of One Punch Man, the 19-year-old cyborg, and disciple of Saitama,  Genos, will be stronger than before. Season 3 will showcase more fighting scenes between the hero association and their monster counterpart. So we can surely tell there will be a tremendous clash of power.

Who will be part of One Punch Man Season 3 Cast?

Although there is no revelation regarding the cast of One Punch Man Season 3 following the previous seasons, we can expect the earlier voice actors to be back to play their respective roles on screen.

The principal characters who are supposed to be back on the screen for One Punch Man Season 3 are :

Q. Which studio will animate One Punch Man Season 3?

There is no official confirmation on the name except that One Punch Man 3 is in production. However, there are rumors about changes in the studio from the earlier seasons JC Studio.

Another name that is being mulled over is the return of Madhouse after the exploits of the One Punch Man 1 that already knows the anime. Studio BONES, which already adapts Mob Psycho 100, also from ONE, is also one of the eligible candidates. Many instead think that it could be Studio MAPPA, always looking for new projects despite the heavy workload, to animate it.

Those who speculated it would be Studio MAPPA might not be surprised. A recently confirmed leak shows that ONE PUNCH MAN Season 3 is to be animated by MAPPA.

Q. Is One Punch Man 3 canceled?

Definitely not. The creators have already confirmed via their official Twitter account that there will be a new season of One Punch Man, and the announcement of the season 3 release will be made soon.

Q. Will One Punch Man Season 3 release on Netflix?

Like other seasons, One Punch Man Season 3 will be available on Netflix for the viewers once it is released. Till then, wait for the announcement.

Q. How many episodes will One Punch Man Season 3 have?

Just like the previous season, One Punch Man Season 3 will probably have 12 episodes.

For One-Punch Man fans, till the time Season 3 gets rolling, you can head straight to Netflix and Crunchyroll to watch the previous 2 seasons. It would also be a good idea to read the manga available digitally on Viz Media where the last and latest 3 Chapters are available for free read.

Stay tuned for the latest updates on One Punch Man Season 3 and all the good stuff from your favorite titles. In the meantime, don’t forget to let us know your picks from Winter 2022 anime releases and let us know all you plan to watch in the upcoming season! 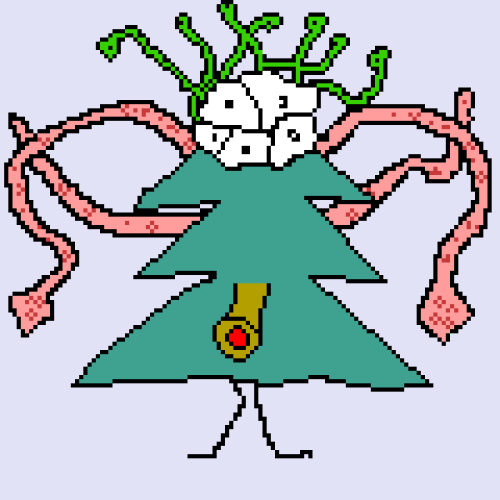 Load more
Previous articleThe best sports anime of all time for fans of any sports
Next articleWhen can I watch Hayao Miyazaki’s “How Do You Live?” movie on Netflix?