Fans of “Welcome to Demon School! Iruma-kun”, we have some amazing news for you to brighten up your day! With the anime wrapping up its second season, a brand new season has been confirmed already! Iruma-kun Season 3 seems to be in production as of now which means you might not have to wait too long to see how the anime proceeds!

The final episode of Mairimashita Iruma-kun Season 2 got aired on September 11, 2021. The success of the anime can already be seen as fans were already hyped for the renewal of a new season. NHK, the official Japanese Broadcast Network, has also confirmed the continuation of the anime into a new season. There is a brief synopsis of the Demon School Iruma Kun Season 3 on the site. It reads

“Iruma’s next challenge is-it breaks into the huge jungle of the demon world and competes for food in the Harvest Festival. However, things will start to change as Classmates become rivals to each other, and a powerful battle of human bullets and plots is unfolded!”

As of March 2022, the Iruma-kun manga written by Osamu Nishi has 230 chapters published in Japan and available online. They have been compiled in 25 tankonbon volumes published in Japan. According to sources of Anime Geek, Iruma-kun season 2 had adapted up to Chapter 93- Volume 11. We can definitely assume that there is still plenty of source material from the original manga that can be adapted for future Welcome to Demon School! Iruma-Kun Season 4.

We cannot doubt renewal for another season keeping in mind that Welcome to Demon School anime has received a decent rating of 7.7/10 on IMDb and 8.09/10 on MyAnimeList.

According to NHK, the third season of Welcome to Demon School Iruma kun will focus on the adventures of our protagonist in the massive jungle of the Demon World and his experience in the Harvest Festival. The Harvest Festival is greatly acclaimed by fellow manga readers, who were initially worried if the production team was inclined on squeezing this arc at the end of season 2. Now that we have a whole new season to cover the arc, the fanbase is indeed very content.

Welcome to Demon School! Iruma-kun is probably one of the most underrated anime that went under everyone’s radar when it initially came out in October 2019. The anime managed to attract a lot of popularity with its successive season in 2021, making it one of the most enjoyable anime of Summer 2021.

The plot of the anime centres on the life of a 14-year old human boy who is sold by his parents to the Great Demon Sullivan. Iruma is brought into the Demon World, but much surprisingly, he manages to enjoy his time there. With the ending of season 2, Iruma-kun has made many friends in the demonic realm through his chaotic adventures. The setting of the anime along with its visuals, and especially the amazing humor aimed at all age groups has gained a lot of appreciation from the fans. The confirmation of Iruma-kun Season 3 anime only goes in favor to show how successful the anime has been.

The original manga of Welcome to Demon School! Iruma-kun has released more than 23 volumes so far. The ending of Episode 21 of Season 2 covers up to Volume 11. This means the anime has a lot of material still left to cover, and if we are lucky, we might even see the anime continuing into its Season 4.

There is also news that Makoto Moriwaki, a renowned figure in the anime world, is also coming back to direct the third season of the anime. Makoto Moriwaki is regarded as one of the best anime directors and comedy specialists actively working right now. The cast of the new season is also expected to be the same, along with the introduction of new characters.

There are no confirmed spoilers for Iruma-kun Season 3 as of yet, but fans can definitely expect to see Barbatos Bachiko making her appearance finally! She is going to be a huge figure in Iruma’s life as she will start mentoring him in a new combat skill! This means you can definitely expect more action alongside amazing humour in this upcoming season!

The second season of Welcome to Demon School! Iruma-kun managed to acquire great scores, having an outstanding score of 8.2/10 on MyAnimeList and 8.4/10 on IMDb. While many are wondering if the upcoming season can withhold these high scores, it is very evident that the anime has managed to surprise us every time. You can rest assured that this won’t end up disastrously like The Promised Neverland Season 2.

There has been no confirmed release date announced as of yet. Teh only confirmation is that it is in production. It was speculated that Iruma-kun Season 3 will get a release in the Spring 2022 or Summer 2022 anime calendar. An early release date can definitely make the fans rejoiced, but we would always prefer quality and rather wait patiently for a few more months to get the best version of Iruma-kun Season 3.

Here we have Demon School Season 3 release announced. The Japanese NHK has officially revealed the upcoming 3rd sequel of the Iruma-kun anime series. It says that Welcome to Demon School Season 3 will release in October 2022, as part of the Fall broadcasting slate. While announcing the date, a visual was also shared. The exact date is yet to be announced.

The site doesn’t reveal the exact date. But we have speculations behind that too. Taking into account the Japanese transmission blocks, the new character “Barbatos Bachiko” who holds the key to Iruma’s growth in the 3rd series might make a debut in the very first days of October 2022. Welcome to Demon School! Iruma-kun Season 3 Episode 1 is likely to drop in on Saturday, 1st October or 8th October. However, with the My Hero Academia Season 6 release speculated around the same time, the streaming platforms will ensure that teh viewership doesn’t get distributed.

How many episodes will “Welcome to Demon School! Iruma-kun” Season 3 have?

The Harvest Festival Arc has indeed been long awaited by the fans.  The original manga has 5 dedicated volumes covering this insane arc. Consequently, you can expect the next season to have 20+ episodes focusing on this arc alone. This definitely raises our bar of expectation for a season 4.

Meanwhile, since the anime has ended, there are some spinoffs of Iruma-kun that you can check out meanwhile! “Mairimashita! Iruma-kun Gaiden” and “Makai no Shuyaku wa Wareware da!” are definitely worth reading if you love the anime. The former focuses on the experience of Kalego at Babyls Demon School while the latter takes place in the same universe as Iruma-kun but has different characters all together!

Where can I watch “Welcome to Demon School! Iruma-kun” Season 3?

Season 1 debuted in October 2019 on NHK Educational and had 23 episodes. Season 2 was released in April 2021. Both the seasons were streamed simulcast on Crunchyroll as soon as they aired in Japan. Welcome to Demon School Iruma-Kun English Dub streamed on Crunchyroll in June 2021.

Season 3 is expected to be back on Crunchyroll as it gets released.

Welcome to Demon School! Iruma-kun Season 3 is no doubt going to be full of hype! How will Iruma-kun thrive in the Harvest Festival surrounded by his Demon peers? A new adventure awaits our innocent hero and we can hardly wait! Keep on coming back here for the latest in the world of anime! 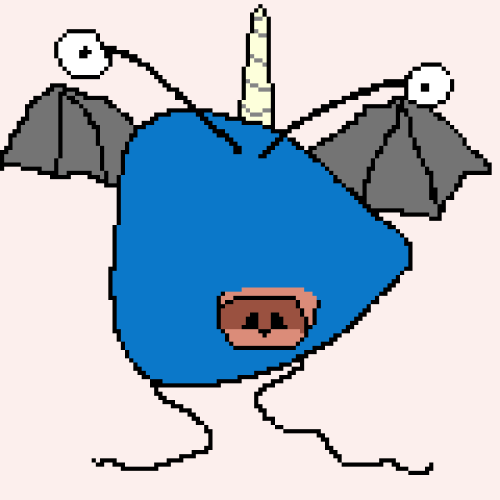 Load more
Previous articleWhere Can You Watch The Rising of the Shield Hero Season 2? – Release, Plot Spoilers
Next articleThe Best Spring 2022 Anime Will Kick Off in April with Spy X Family, Kaguya Sama , Komi-San and many more!