Yamazaki is back with The Ancient Magus Bride Season 2! When will it stream on Crunchyroll?

The Ancient Magus Bride Season 2 aka Mahoutsukai no Yome Season 2 has got a release date in Japan officially. The announcement came on the 13th of January along with the trailer, a key visual, and the cast members.

The Ancient Magus Bride manga is a captivating series written and illustrated by Kore Yamazaki. It has been brought to life with an anime adaptation, including a three-part prequel OVA produced by Wit Studio, an anime television series that aired from October 2017 to March 2018 and a second original three-part OVA series by Studio Kafka released in September 2021. The Mahoutsukai no Yome Season 1 was rated a high of 8.1/10 on MAL.

The story follows the romantic and surreal adventures of Chise Hatori, an orphaned Japanese high school student, who is sold at auction to Elias Ainsworth, a seven-foot-tall humanoid with an animal skull for a head, who is a powerful magus. With an intriguing blend of supernatural elements and slice-of-life storytelling, this series will take you on a journey you won’t forget. And for those who can’t get enough of the magic, a second season of the anime is set to premiere in April 2023.

When will The Ancient Magus Bride Season 2 release?

Studio Kafka has produced The Ancient Magus Bride 1 anime adaptation and the second season of the series is set to release in April 2023.

Season 2 will adapt the Gakuin (Academy) arc of the manga and will feature a mix of returning cast members and new additions for the College arc. The series will be produced by Studio Kafka and is set to release on April 6, 2023, at 10:00 pm JST on Tokyo MX. TV broadcasts on other channels like BS11, Prime TV, and Hikari TV will happen on the same day at 11:00 pm. The details were shared on the official website.

The Ancient Magus Bride 2 simulcast will happen for the rest of the world via Crunchyroll. The details have not been confirmed yet. This space will be updated with the news as and when it gets officially confirmed.

The official trailer for The Ancient Magus’ Bride season 2 was released on January 13th, 2023, alongside the announcement of the premiering date for the upcoming installment. The trailer, which is subtitled, offers a sneak peek into the world of the College arc, and fans can expect to see the main characters Chise and Elias along with several new additions to the cast.

The trailer features a mix of action, drama, and fantasy elements, with a hint of romance. Fans can also expect to see glimpses of the new characters such as Lucy Webster, Philomela Sergeant, Rian Scrimgeour, Zoe Ivy, Veronica Rickenbacker, and Isaac Farrar, all of whom are students at the College, a secret society of mages who reside underneath the British Library.

The Ancient Magus Bride Season 2 trailer is available on Crunchyroll’s website and it’s expected to be available on other streaming platforms as well. The trailer has been well received by fans and has generated a lot of excitement for the upcoming season.

What is The Ancient Magus’ Bride Season 2 Plot?

The Ancient Magus Bride Season 2, also known as Mahō Tsukai no Yome: Gakuin-hen, will adapt the Gakuin (Academy) arc of the manga series written and illustrated by Kore Yamazaki. The story will continue to follow the journey of Chise Hatori, an orphaned Japanese high school student who was sold at an auction to the powerful sorcerer Elias Ainsworth, who intends to make her his apprentice and bride.

In the second season, Chise will enroll in a magical academy where she will learn more about her abilities and the world of magic. She will also encounter new friends and enemies and will continue to explore the deeper aspects of her relationship with Elias. Alongside this, the audience will also see Chise’s development as a character, as she becomes more confident and independent, and starts to question the intentions of those around her.

The second season of The Ancient Magus’ Bride will also delve deeper into the backstories of the other characters and reveal new secrets about the world of magic. The audience will also see the return of familiar characters from the first season, as well as new characters that will play an important role in the upcoming arc.

Overall, The Ancient Magus’ Bride Season 2 promises to be a thrilling and emotionally-charged continuation of the story, with new challenges, mysteries, and relationships that will keep the audience engaged and invested in the fate of the characters.

Who will be cast for The Ancient Magus’ Bride Season 2?

The Ancient Magus Bride Season 2 is set to feature a mix of returning cast members and new additions for the College arc. The core cast from the previous season, including Atsumi Tanezaki as Chise and Ryota Takeuchi as Elias Ainsworth, will be returning for the upcoming installment.

These characters are all students at the College, a secret society of mages who reside underneath the British Library. They will play a major role in Chise’s journey as she attends the College and explores the world of magic.

Other returning cast members include Kouki Uchiyama as Ruth, Aya Endo as Silky, Mutsumi Tamura as Alice Swayne, and Satoshi Hino as Mikhail Renfred. These voice actors have previously lent their talents to the series, with their characters playing important roles in the story.

The production of the series will be handled by Studio Kafka, which was formed specifically for the OAD project and will be taking over mainline series animation from WIT Studios, who produced the first season.

How many episodes will the second season of The Ancient Magus Bride anime have?

The episodes of The Ancient Magus’ Bride season 2 will continue to follow the story of Chise Hatori, an orphaned Japanese high school student who is sold to a powerful magus named Elias Ainsworth. The season will pick up from where the previous one left off and will focus on the College arc, which is based on the manga’s later chapters.

The College arc follows Chise as she receives an invitation to attend a secret society of mages known as the College, which is located underneath the British Library. The episodes will explore Chise’s interactions and encounters with new characters and will delve deeper into the world of magic and the supernatural. With a mix of returning cast members and new additions, fans can expect an exciting and engaging season with plenty of surprises and twists.

The studio Kafka will handle the animation of the episodes and the director Kazuaki Terasawa will be back to lead the team. It is expected to have around 12-13 episodes in total.

Will there be an English dub for The Ancient Magus Bride 2?

As for The Ancient Magus’ Bride Season 2 English Dub, it has not yet been announced by the official production team. However, it is likely that the series will receive an English dub as the first season of the anime was dubbed and released in English by Funimation.

The English dub for the second season of The Ancient Magus’ Bride can be expected to be released a few weeks after the premiere of the original Japanese version, giving fans the option to watch the series in their preferred language.

The Ancient Magus Bride Season 2 English dub version will also feature the same high-quality animation and sound design as the original Japanese version, making it a perfect option for non-Japanese-speaking fans who want to enjoy the series in its entirety. The English dub will be available on Funimation, as well as other streaming platforms that also host the first season.

In conclusion, The Ancient Magus’ Bride Season 2 is a highly anticipated continuation of the beloved manga series written and illustrated by Kore Yamazaki. The series promises to take audiences on a thrilling and emotionally-charged journey as Chise Hatori, an orphaned Japanese high school student, continues her apprenticeship and romantic relationship with the powerful sorcerer Elias Ainsworth. 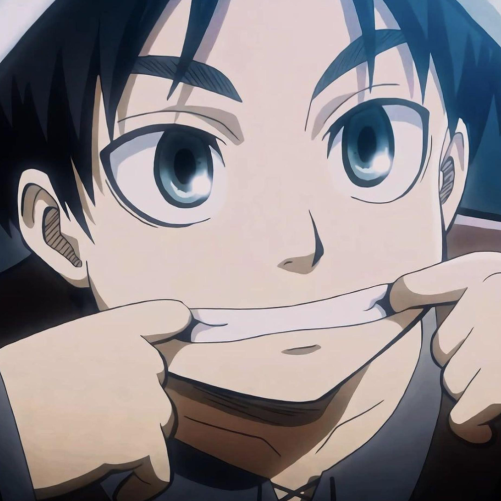 Load more
Previous articleHow to watch Detective Conan on Netflix and in what order?
Next articleKadokawa’s next original anime Overtake! is the Formula 4 coming in 2023